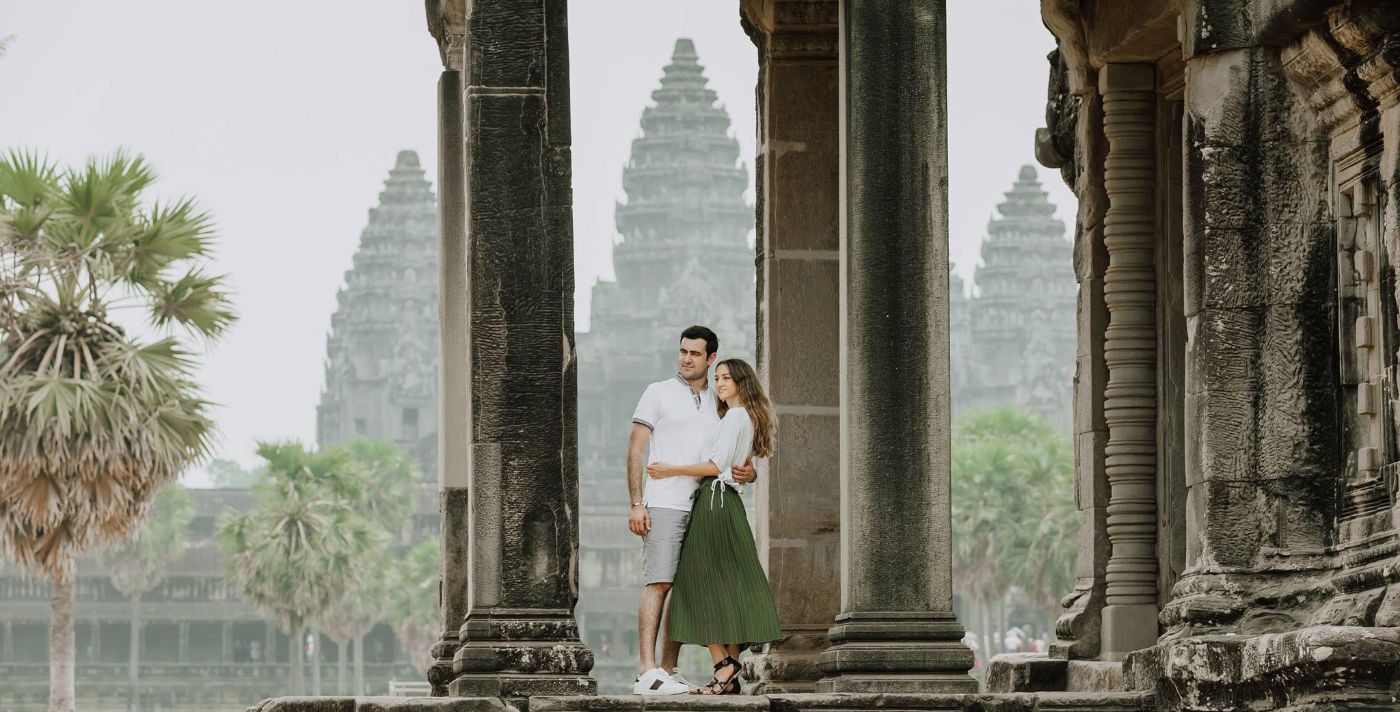 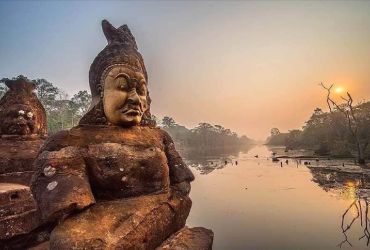 The Angkor South Gate is  –an utterly amazing tour through the ruined temples of the Khmer Empire, including the famous Angkor Wat. The ruins of Angkor contain 70 temples scattered over about 50 square miles, with the biggest group located in Angkor Thom, the capital city of the Khmer Empire. They were built over a 500-year period between 790 and 1307 C.E., by a succession of Khmer kings.

Arrive at Siem Reap International Airport in the morning – Our Tour Guide and Driver are waiting in front of the Arrival Gate, and drive to hotel for check in. The same morning after check in, visit the South Gate of Angkor Thom, Bayon Temple (Main Capital of Angkor), Baphoun Temple, Phimean Akas, Elephant Terrace and Terrace of the Leper King.


Your morning will be dedicated of with the visit and discovery of the famous Angkor Wat which five towers with a rosé-colored light - according to the luminosity of the day and season - still adorn the Cambodian flags of all the various successive Cambodian régimes.

Your exploration continues in the afternoon until sunset with the visit of Angkor Thom (the Great Angkor/City) and get started with the monumental Southern Gate lined on both sides with the Gods and the Giants; it is one of the five gates leading to the Bayon Temple and Center of the Khmer Empire, so you may understand the strategic structure of the first Angkorian King from the XIIth century who embraced Mahayana Buddhism as the State religion. Carry on your discovery to the recently restored Baphuon and its huge Reclining Buddha, then stroll within the compound of PhimeanAkas, the ancient Royal Palace to finally reach the Elephant Terrace and then end with the Leper King Terrace.

A special offer is a marketing term that refers to a unique opportunity for customers to save money or receive a special benefit, product, or service. ...